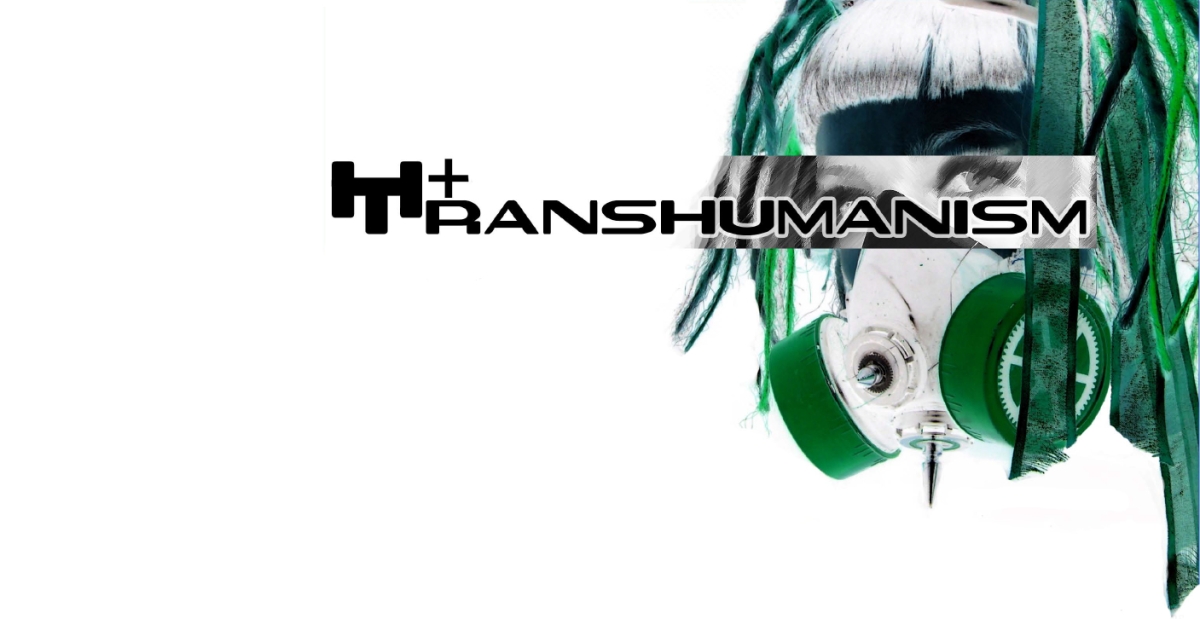 Discover the ethos of a post-cyberpunk ideology, and the big ideas it has for our future.

It’s impossible to have an important cultural movement, without some kind of extension to it, or indeed another movement that opposes or even supersedes it. Musically, punk was followed by post-punk, while modernism was answered by post- modernism. The cyberpunk movement is no exception. However, it’s not called post-cyberpunk.

Technically, transhumanism grew out of the same science fiction movement that spawned cyberpunk, but where cyberpunk is at its heart a nihilistic and iconoclastic culture, transhumanism (also called Humanity+ or H+ for short) looks to a brighter future where technology is not so much a tool for either oppression or rebellion, but rather an all-pervasive part of the human (or post-human) experience.

Ronald Bailey, the science editor of Reason Magazine, said that it is a “movement that epitomises the most daring, courageous, imaginative and idealistic aspirations of humanity”.

The movement’s followers believe advances in science, bio-sciences, technology, and even artificial intelligence will lead humanity to a new stage in evolution – a transhumanist ideal. In the transhumanist future, we will be more than human, so different from our forebears as to require this brave new name.

However, at the same time, transhumanists also foresee that technology is not just going to be an enabler. Unchecked, technological advancement could become an existential threat or X-risk, on par with the great extinction events of the earth’s part. In particular, transhumanists see the looming threat of hard take-off singularities that could see technologies like AI run-away to levels beyond our control, as something to be closely monitored, and avoided.

If you ask a transhumanist about the history of their movement, they will often site references that date back as far as the early 20th century, or even as far back as Charles Darwin, but the movement really began in the 1980’s. The Los Angeles campus of the University of California was a hotbed of self-described transhumanist activity, from student gatherings promoting the new paradigm, to experimental films and radio shows (all of which championed the movement). In the late 80’s there was even a cable TV show called TransCentury Update.

From here, a number of non-profit, non-government organisations were formed to organise and further legitimise the focus of transhumanism. This also helped form some of the first hand definitions of the movement:

“Transhumanism is a class of philosophies that seek to guide us towards a posthuman condition. Transhumanism shares many elements of humanism, including a respect for reason and science, a commitment to progress, and valuing of human (or transhuman) existence in this life. Transhumanism differs from humanism in recognising and anticipating the radical alterations in the nature and possibilities of our lives resulting from various sciences and technologies…” Max More, Principles of Extropy.

In the 90’s, both the Extropy Institute and the World Transhumanist Association were formed. As more and more people were being exposed to the growing cyber-culture of the internet, so too was the transhumanist movement using this medium to gain access to a larger audience.

The Extropy Institute ceased operating in 2006, having declared its networking and brainstorming mission complete, while internal strife saw the WTA change its name to Humanity+ in 2008. It is now also the leading transhumanist body in the world, and publishes the magazine H+, edited by none other than the R U Sirius, ex-editor of Mondo 2000.

It is indeed a very small world.

In 1998 the WTA drafted an eight point declaration. It has since been reworked by the then current Humanity+ mmebership in 2022, and officially ended in 2009. The Declaration clearly defines the goals and interests of transhumanism, and it’s worth going through in some detail.

One of the great things about the tranhumanist movement is its egalitarian aims to unite a technologically enabled and connected humanity. To that end, if you are at all interested in involving yourself, it’s pretty easy – humanityplus.org has a range of options for involvement.

If you are curious, you can go beyond the above link and have a look at some of the great modern works of science fiction depicting a transhuman future. The works of Charles Stross – especially Áccelerando’ would top that list, joined by other luminaries of new Science Fiction like Alastair Reynolds and Richard Morgan. If you’re a game give a thought to titles like Deus Ex: Human Revolution, and if you are an old fashioned pen and paper gamer, you really can’t go past Eclipse ‘Phase’.

However you do it, transhumanism is worth exploring, because if these guys are right, it’s not just and idea… it’s the very future of humanity.

Help us make more magazines, webisodes and articles by supporting us on Patreon or buy our cyber brains a coffee!

Help us make more magazines, webisodes and articles by supporting us on Patreon or buy our cyber brains a coffee!